In June 2020 we crossed paths with George Webb when he reached out to The Devi Show, offering us his services as a private investigator because he too wanted to hold scamsters to account.  Soon after, by absolute chance, the team discovered that Mr. Webb was known as “The Tenant from Hell.”  So, instead of assisting us with scamsters, Mr. Webb had now become the subject of our own investigation.  Soon after we broadcast the story in July, more victims came forward indicating an even longer trail of unpaid bills.  Surprisingly, Mr. Webb sat down with Devi, yet again – this time with the aim of proving his innocence.

Out with the toupee’s and in with the man-wigs - gone are the days where wigs were designated for women only.  Man-wigs, a non-surgical technique used to spruce up a gentlemen’s look, is turning heads.  Pretoria-based hairstylist, Patrick Missile, is changing up the rules and proudly giving balding men back their confidence.  We got to hang with Patrick at his salon and witness his super-powers. 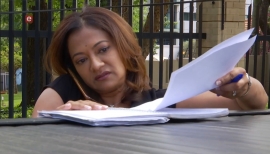 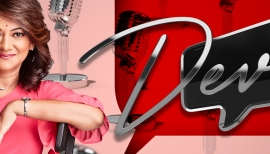