Run All Night is a 2015 American thriller action film written by Brad Ingelsby and directed by Jaume Collet-Serra. Starring Liam Neesan, Ed Harris and Joel Kinnaman. The premier was released 9th  March 2015 in the USA. Rating for this film is R(for strong violence, language including sexual references, and some drug use) 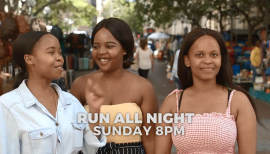 [SPONSORED] The balls' in your court...