Tears Of The Sun | e.tv Skip to main content 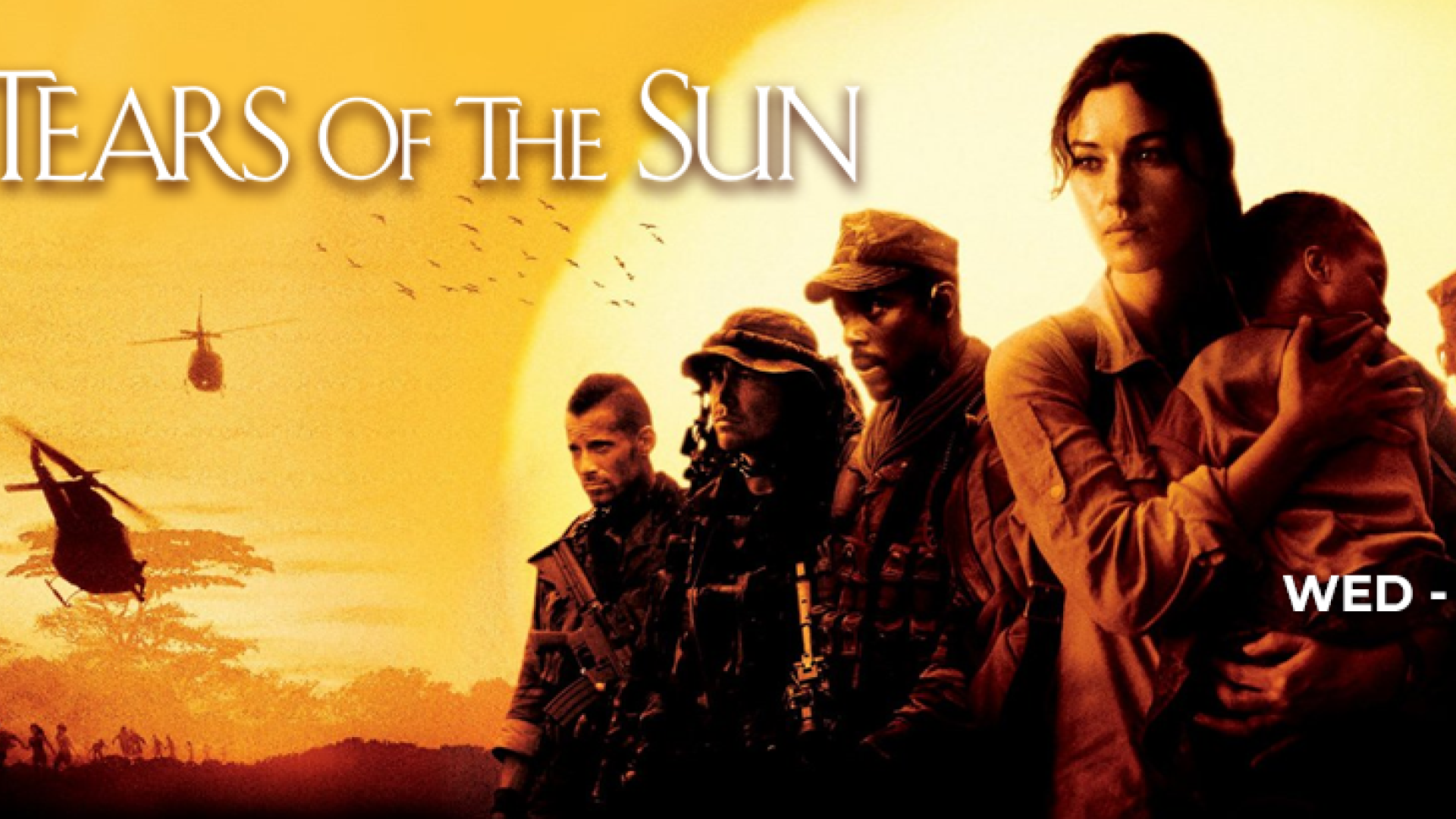 Tears Of The Sun

Lt A K Waters and his troop are tasked to rescue Dr Lena from the jungles of a conflict-ridden Nigeria. However, she refuses to go with them unless they rescue her patients too.

The ethnic enmity is between the Fulani Moslems in the north and Christian Ibo in the south. Foreigners evacuate the country and Lieutenant A.K. Waters, played by Bruce Willis and his U.S. Navy SEAL team consisting of Zee, played by Eamonn Walker, Slo played by Nick Chinlund, Red, played by Cole Hauser, Lake, played by Johnny Messner, Silk played by Charles Ingram, Doc played by Paul Francis, and Flea (Chad Smith), board the aircraft carrier Harry S. Truman, to be dispatched by Captain Bill Rhodes (Tom Skerritt) to extract Dr. Lena Fiore Kendricks (Monica Bellucci), a U.S. citizen by marriage to the late Dr. John Kendricks who was killed by rebels in Sierra Leone.

Their secondary mission is to extract the mission's priest (Pierrino Mascarino) and two nuns (Fionnula Flanagan and Cornelia Hayes O'Herlihy), should they choose to come.