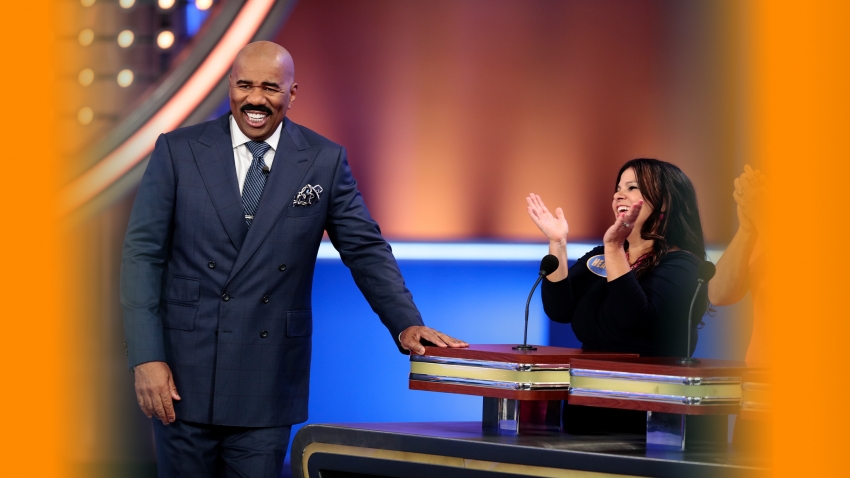 Award-winning entertainer, businessman and philanthropist STEVE HARVEY will host the iconic game show, in which two families compete to name the most popular responses to gathered survey questions in order to win cash and prizes.

This fun-filled family show will be produced by the multi-award winning Rapid Blue who is well-known for bringing a load of smash hits to our screens such as SA’s Got Talent, Dancing With The Stars SA, Come Dine With Me SA, Take Me Out Mzansi, Bachelor SA amongst many others.

Executive Producer Kee-Leen Irvine said “As Rapid Blue we are as always, totally thrilled to be bringing such light-hearted and comedic entertainment to our local audiences and all the more so with someone of Steve Harvey’s stature. We have a huge task ahead of us to find 52 families who are confident, bubbly, funny and entertaining. It is not about general knowledge but rather about the ability to predict the most common responses to survey questions about our uniquely South African thoughts and behaviour. There are fabulous prizes to be won and no-one walks away empty-handed.”

Production will commence in Johannesburg in October and begin airing in Africa April 2020 on e.tv

Speaking on being the official broadcast media partners of Family Feud SA, e.tv Managing Director Marlon Davids said “Bringing a show that carries immense international entertainment credibility on to our platform brings us great delight. Family Feud has been a significant acquisition for us and we look forward to working with Rapid Blue on this combined venture, as well as to the growth of locally produced and relevant world-class content.”

Families need to consist of five members who are related to each other via blood, marriage or legal adoption (parents and offspring, brothers and sisters, aunts and nephews, etc).

In order to be considered to take part in Family Feud, you must meet the following requirements:

• You must fully, honestly and accurately complete any forms and/or documents and/or provide all information that is requested from you at any time

• You must provide a video of your family

• You must reside in Johannesburg, Durban or Cape Town

• You must be living in South Africa as a legal resident; and

• You must not have been convicted of any offence, or be subject to any court order, relating to assault, violence, sexual misconduct or harassment.

Successful shortlisted applicants will be contacted for a face to face audition in Johannesburg, Cape Town or Durban.

Steve Harvey formed Steve Harvey Global (SHG) in 2017, to consolidate and expand his vast business and media interests. Steve Harvey Global is focused on creating and delivering entertaining, powerful and motivational content, products and experiences to inspire audiences around the world.

Founded in 1993 by Duncan and Kee-Leen Irvine, Rapid Blue is a boutique, pioneering production company with an impeccable reputation for developing high-end local concepts as well as executing international formats to world-class standards. As a multi-award winning company with a passion for Africa, the team is relentless in their pursuit to entrench Rapid Blue’s position as a producer of quality, digitally-integrated content for multiple platforms throughout Africa.

e.tv is South Africa’s biggest independent free-to-air television channel. With over 16 million viewers, e.tv appeals to all races, ages and income groups and is the most viewed English language channel in the country. The absolute destination for local and international entertainment.