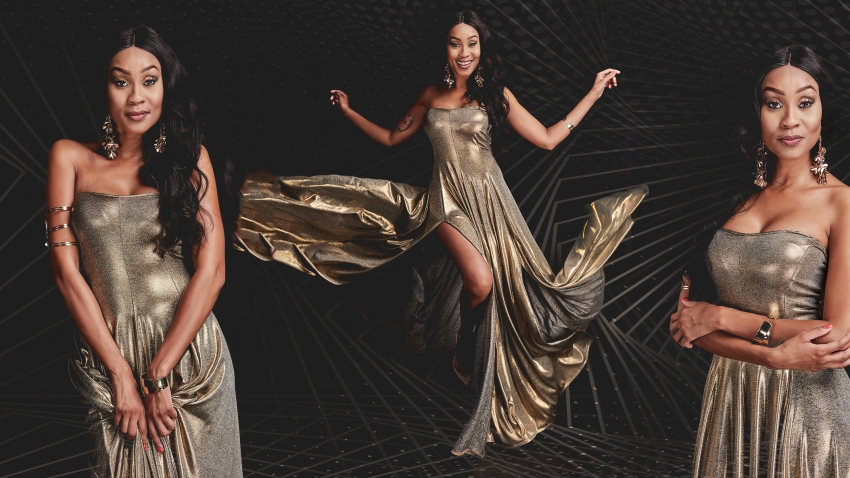 It's never goodbye, but see you later as Kgomotso Christopher exits e.tv's Scandal!

Johannesburg, Wednesday, 4 March 2020 – Kgomotso Christopher, who plays the overly forward and busybody character of Yvonne on daily e.tv soapie Scandal!, will be temporarily exiting the show. Her last on-air appearance in the current storyline will be on 2 June 2020.

Kgomotso, who is affectionately known as YV to her fans, has been a part of the Scandal! cast and eFamily for the past 4 years, and after portraying an unforgettable character on the e.tv channel, will be embracing a new venture in her career.

Fans of the popular e.tv show can look forward to another two months of YV blissfully filling their screens, and still watch as her unpredictable life alongside Tebello fast unfolds. She will soon need to attend to an emergency involving a critical family member who desperately needs her attention.

Speaking ahead of her exit, Kgomotso said, "As my last day in YV's shoes approaches, I can't help but reminisce about the thrill ride it's been to navigate this gem of a character, gifted to me by the dedicated and talented Scandal! writers. Scandal! will always hold a special place in my heart because through the efforts, talents, and love of the cast and crew, I grew so much as an artist and experienced so many career milestones, including my Safta Best Actress win and recent Best Supporting Actress nomination."

“I've never worked a day on Scandal! because I did what I loved, and my artist-child was allowed to play freely; All that's left to say is, thank you to the Scandal! and e.tv family...until our paths cross again.”

e.tv head of Local Productions Ziyanda Mngomezulu said, "We have been fortunate to have Kgomotso on our screens. Her professionalism, infectious personality, and bubbly spirit has been a great asset to our channel. We will miss having Kgomotso as a part of the eFamily, and we wish her all the best in her life's next chapter. It is certainly never goodbye, but rather see you later."