A Eulogy for Thembeka Shezi | e.tv Skip to main content 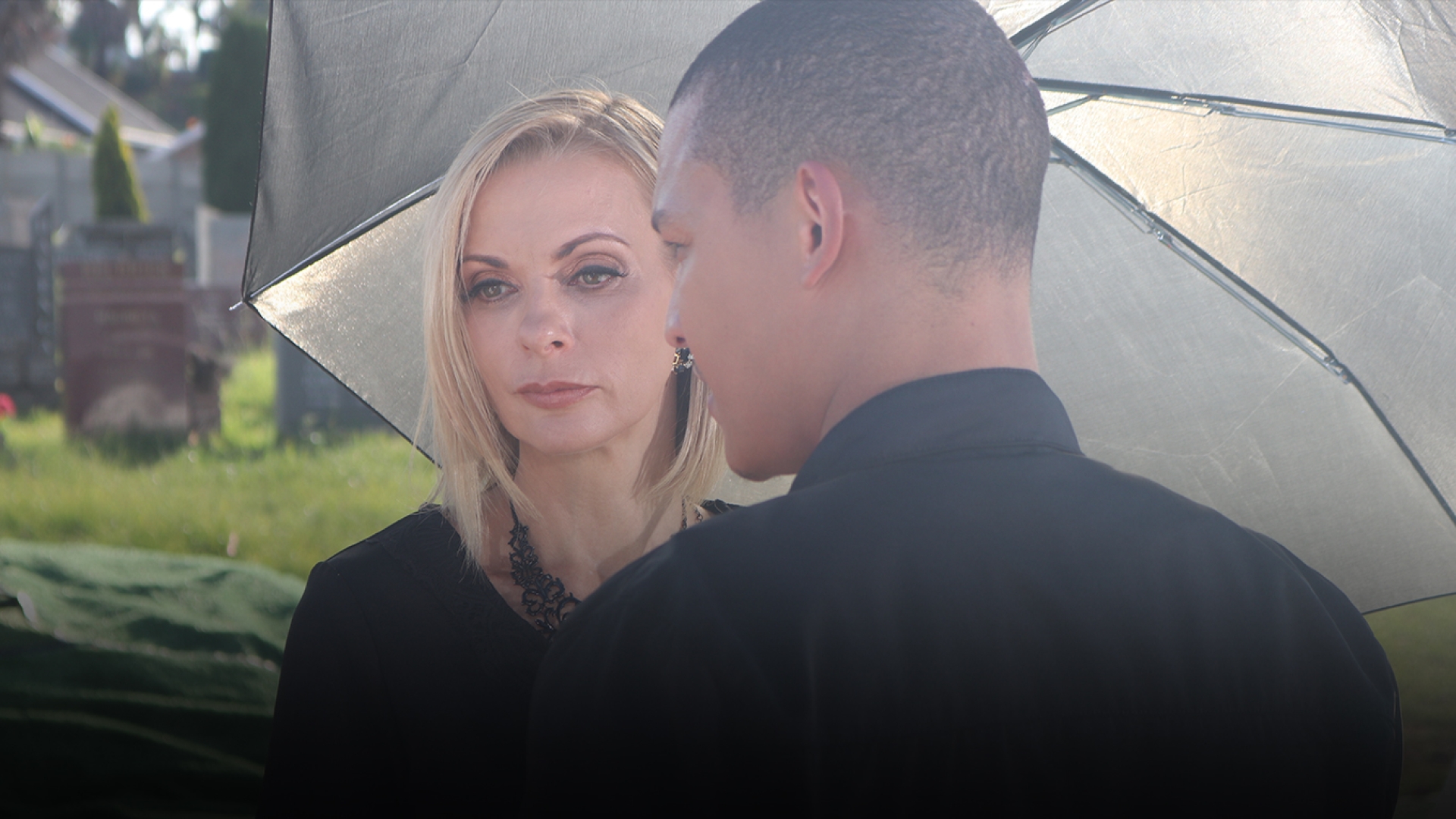 A Eulogy for Thembeka Shezi

I’m troubled.  How do I honour the departed when it’s someone I hate? But for some reason, I felt the need to say something. So, I researched ‘how to write a eulogy in four easy steps.’

You didn’t want a fuss of a funeral, which doesn’t surprise me since you’ve always wanted to have the last word. As I can’t say my speech at your memorial congregation, I’ll say it to you now, Dear Ms Shezi, in a letter you’ll never get to read.

Step 1. Start the eulogy by saying how you knew the deceased; be friendly and succinct.

Hi! I’m the mother of the man you almost destroyed.

Thembeka Shezi,  you were a woman of extreme loyalty. When you fell in love with my son, you fell hook line and sinker. Or … is that crook, lying, and stinker?

Perhaps, love is too soft a word. Did you fall into toxic deception? Did you fall in unrelenting obsession?  Pity, you didn’t see the mother behind the son, watching you watching him.

You were a woman whose intelligence was beyond compare.  This could be seen in your attention to detail when elaborating on a plot to tamper paternity evidence. You almost denied me the privilege of my grandson. Pity, you didn’t realise that blood is thicker than water.

You were truly beautiful.  You looked especially queen-like on your wedding day. Your dress was a stunner, beaded, and white with a train of plumed feathers.

Pity, it became tinged with blood when you had to dump the body of a man you killed moments before you said ‘I do’ to my son.

You had the ability to move a person with your words.  Everyone who watched your testimony in court can vouch that your “I’m not guilty” plea to murder, was poignant. You cried.  The onlookers cried. I even think the judge cried. Pity, the bailiff didn’t check your pockets for onions.

Step 3. What is the tone of your eulogy?

I’m pissed off! That’s the tone. You were a tsunami leaving a trail of debris in your path.  You were a bomb that detonated frequently, and we’re all your collateral damage.

I’m relieved! You’re dead and now can’t haunt us anymore. You’re gone, and there’ll be no more surprises, fake pregnancies, affairs, ‘please forgive Me’s and ‘I did it because I love You’s.’

I’m ashamed! That’s the tone. God knows that compassion is said to pave the way to freedom.  If that’s the case, then I’ve failed, and you’ve won.

I realise on that last day I saw you, you were trying to say goodbye in the best possible way. Your ‘sorry’ was really sorry, like, a ‘little girl’ sorry. The woman in me should have seen that, but the mother in me couldn’t. I was too darkened by pain to understand.

Forgive me! Thorn in my side!

I’m grateful. You took a bullet for my son. Granted, the bullet wouldn’t have been flying towards his head had you never been in his life in the first place. Still, he’s alive, and you’re dead.

Step 4. Close the eulogy with how the deceased will be missed

Thembeka Shezi, you were a force to be reckoned with, a vortex of manipulation, but a force nonetheless.

Now that force is gone, there’s a gaping hole where it once was.  The world is devoid of your potency.

I know you’d lose all respect for me if I said that I’ll miss you just because that’s what’s expected of the living to say of the dead, so to honour you,  let me be honest… You will not be missed by me, but you’ll always be remembered as formidable.

After a life of strife,  I can truly say I hope you are at peace now, dear Ms Shezi, wherever you are.

With (guarded) regards
Your ‘Monster-in-law’