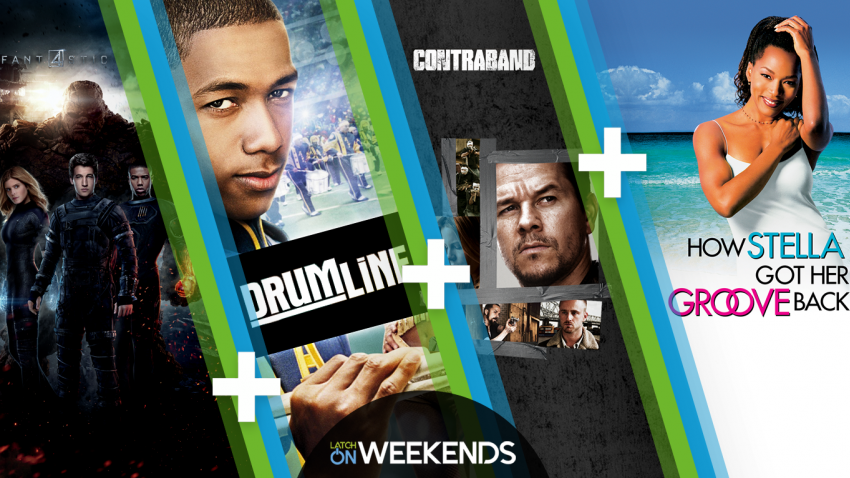 Fantastic Four (sometimes stylized as Fantastic 4) is a 2005 superhero film based on the Marvel Comics team of the same name. It was directed by Tim Story and released by 20th Century Fox. The film stars Ioan Gruffudd, Jessica Alba, Chris Evans, Michael Chiklis, Julian McMahon and Kerry Washington.

The screenplay, which was inspired by the Southwest Dekalb High School Drumline, was written by Tina Gordon Chism and Shawn Schepps. The film follows a young drummer from New York, played by Nick Cannon, who enters the fictional Atlanta A&T University and bumps heads with the leader of his new school's drum section.

Chris heads to Panama to smuggle counterfeit currency and pay-off a drug lord's restitution, thanks to his brother-in-law. When this seems impossible, he plans to contraband drugs instead.

Stockbroker Stella's so busy that she's forgotten to really live. But a trip to Jamaica turns into a voyage of self-discovery as Stella finds love - even if it's with a man 20 years her junior.