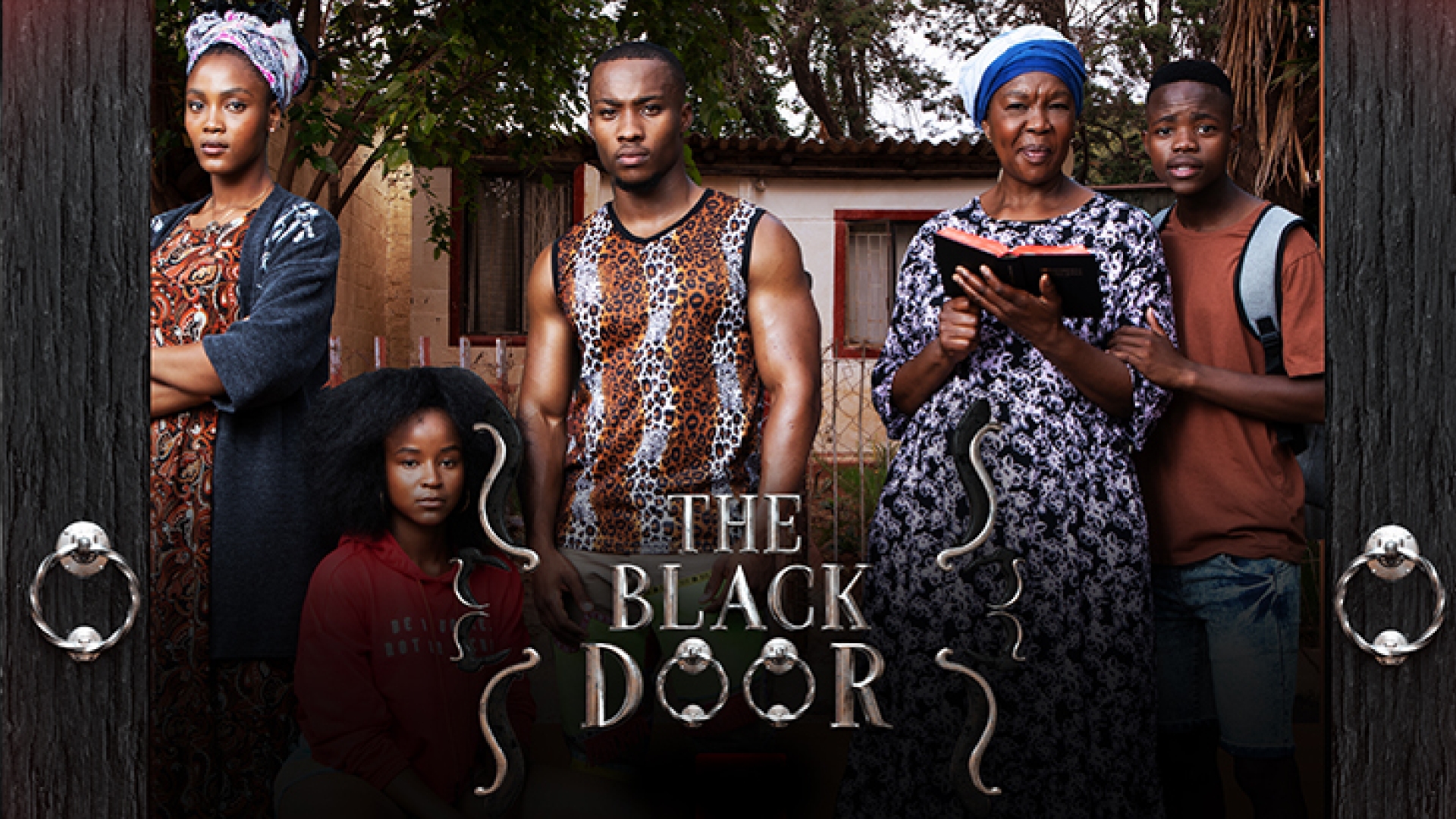 The Black Door is hidden behind a toilet paper manufacturing factory. At this exclusive private venue, Mam’ Rebecca (played by the legendary Linda Sebezo) treats her business associates and thanks them “in kind” for facilitating her tender frauds and bribes…
The story begins with a long-distance truck driver, Khaya (played by Zamani Mbatha), who shares a dream of owning a fleet of buses with his older brother, Chuma (played by Thobani Nzuza).

An unexpected windfall and a mysterious death, Khaya soon learns that his brother has been murdered. To repay the money stolen by his brother, he’s thrust into a seedy world of sex, drugs and tender fraud. Will Khaya agree to be a sex worker and make big bucks at The Black Door, or will he suffer the same fate as his late brother?

What happens in the dark will be revealed in the light … The Black Door is a fascinating, dramatic and emotional story set in the high-class world of a pleasure-dome brothel. This locally produced risqué, adult drama series has a brilliant cast who will shock you with their secrets, but also steal your heart with the emotion behind it.

You shouldn’t dare miss this adult-only drama. The Black Door debuts on Monday 11 April at 9.30 PM, revealing a world we cannot even begin to imagine. Mondays to Fridays - only on e.tv.