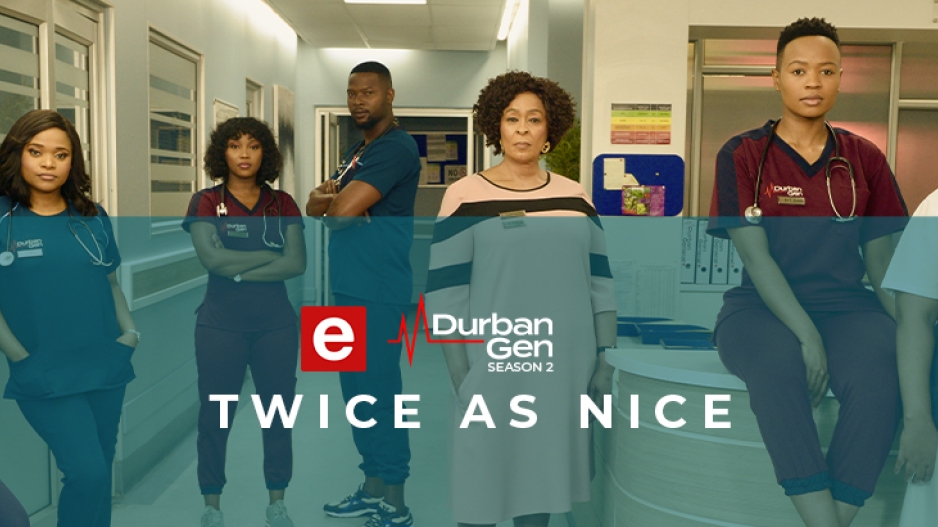 e.tv’s renowned medical drama Durban Gen has been renewed for a second season and it all gets going on the 4th of October at 6:30PM.

The second season of the Stained Glass produced drama will bring double the heartstopping moments which will have viewers on the edge of their seats. Just the first week sees two funerals.

But what is a new season without new faces? Three talented new actors will making their way down the hospital corridors. Thokozisa Ziqubu who’ll be playing Dr Lethuxolo Bhengu, is a goody-two-shoes second-year intern who’ll worm his way into Durban General hospital. He goes as far as snitching on his colleagues just to secure his place, while making himself very unpopular amongst his colleagues.

Yola Plaatjie plays the character of Dr Nangamso Jack, a first year intern, a free-spirited hippie. Dr Jack went to Medunsa on a scholarship which makes the other interns undermine her. But even though she is not competitive by nature, she laps them without even trying.

Last but not least, we have a new paramedic by the name of Thembi,  played by Sibonkuhle Nkosi. Thembi is a hot young thing who turns heads in every room she walks into. She is also MacGyver’s new partner, bisexual and a heartbreaker who leaves no survivors in the love game. She is the Thembinator.

The drama, intrigue and heated scenes ramp up in Season 2 and the added talent will ensure even more thrilling viewing.

Catch the second season of Durban Gen from the 4th of October at 6.30PM sharp, on e.tv (can’t say “only” as it’s also on eVOD)