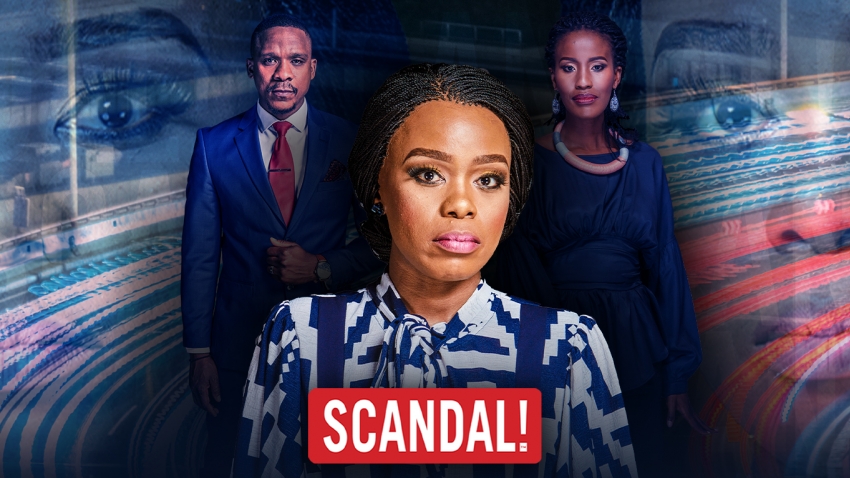 This Week on Scandal!

The plot against ThebeLanga thickens, Mthunzi and Thembeka’s plan gets rolled out to perfection, Tshepo returns and finds himself accused of all sorts of accusations.

Monday
Chillax is under investigation because of Kgosi’s illegal dealings as a partner in the organisation. Yvonne finds out that she needs to vacate her suite and Lerumo comes to her rescue to offer her and Tebello a place to stay in his room.

Tuesday
Boniswa lodges an internal investigation after her business proposal went south and Thembeka throws suspicion to Tshepo. Yvonne tries to find a foster family for Tebello. Gloria, Caiphus and Ndumiso visit Kgosi and to try to persuade him to hand over his Chillax shares.

Wednesday
Yvonne lets Tebello know of her plans to let him go to a foster family. Tshepo returns and he gets accused of corporate espionage by Boniswa.

Thursday
Plans to bring down ThebeLanga continue. Caiphus visits a remorseful Kgosi in prison, who plans on making amends. Yvonne comes up with a plan to detach herself from Tebello. Gloria lets Kgosi know that she won't be paying for his bail. Boniswa receives devastating news from Bisho.

ThebeLanga faces yet another PR disaster. Boniswa blames Tshepo for all of it, but he quickly reminds her to play her cards right because he still has detrimental information against her.

Catch Scandal! Every weekday at 7:30 PM on e.tv
Catch up on last weeks episodes on VIU